In this project we did not have to do a lot. All we had to do was make our own harmony and take a screen shot of it. My harmony is very weird but I really like it like that. It was not that difficult because a lot of the content is just a bunch of chords.

Chords already sound really nice and beautiful so it was not that difficult. I had fun on the project and I really like my harmony because it’s so bad it’s good.  It is so gross it’awesome! That probably doesn’t make sense but that’s my melody! 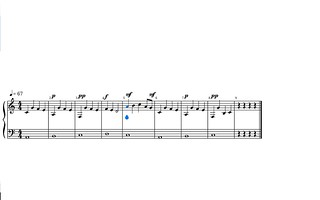 Drone: Cross between a Violin a a sewing machine. At first it could only handle one note.

Chords: Foundation of western Harmony, usually 3 notes all in one bundle of sound.

What I Learned and Problems I Solved

This project was not that hard because all we had to do was make a simple harmony and take a screen shot. I did learn though that Harmony does not play a big role in a piece of music but at the same time it does. It is in the background.

If you really listen you will hear it and sometimes it can be quite beautiful. Without harmony our music would not sound as good as it does. I didn’t really come into problems but I still did learn a lot though about harmony. I never realized how big of a role it plays. I found that cool because I had no idea. I thought it was always about the melody but apparently not!

Three note chords are the foundation of western harmony. Each string has multiple sounds using harmonics. Lots of pop music uses the Major and minor key. Sad music is minor and happy music is major. Music worked best with chords. Some notes were banned in the seventeen hundreds.  Lou poles were found though and they were called passing notes.